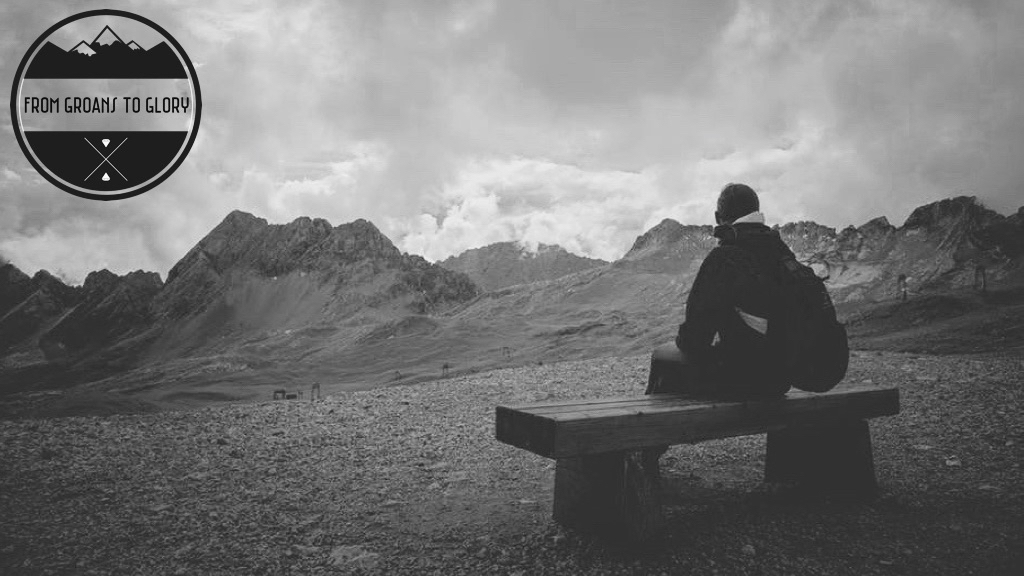 Lie: I Am The WORST

Does this thought ever cross your mind? Do you believe that you are too terrible of a person for others to love – let alone God love you?

In my deepest darkness and sadness, I repeat something over and over to myself: “I am the worst. I am just the worst!”

There have been times in my life where I have struggled with deep sadness (I refrain from the word depression because I’ve never been diagnosed), and each season of sadness has brought this specific thought out of me. I firmly believe I am the worst person, and I cannot understand why people tolerate me. I am not only confident that I’m Valedictorian of horrible people, but I am also confident that I’m too far gone – there is no way that God loves such a horrible person.

Does this thought ever cross your mind? Do you believe that you are too terrible of a person for others to love – let alone God love you?

Well, to answer that, let’s take a look at two things: the example of Paul and eight verses in the book of Romans that addresses His love for the worst.

Paul: The WORST of Sinners

Who is Paul? Well, to put it simply: he’s kind of important to the Christian faith. But, before I start babbling about his role in the Christian Church, let’s hear who he was from Paul, himself.

What is he saying? He’s saying that he checked off every box in the pursuit of his Jewish faith. He was the best. He had every reason to be proud of himself. At the very end of those verses, he says he proved his unwavering zeal by “persecuting the church.” Okay, he was the perfect example of the Jewish faith, but what exactly did he do to Christians?

The first martyr of the Christian faith, Stephen, was stoned to death by a mob of men by the direct order of “a young man named Saul “ (Acts 7:57-58). After Saul’s order to kill Stephen, he directed a large-scale attack on Christians in Jerusalem. Through Saul’s leadership, Christians were being dragged out of their homes and put in prison (Acts 8:1-3).

But, as Saul was on his way to persecute more men and women something happened. Something big. Jesus showed up. Jesus spoke to Saul and Saul was changed forever. Since it is one of my favorite sections of Scripture, here it is:

‘Now Saul was still breathing threats and murder against the disciples of the Lord. He went to the high priest and requested letters from him to the synagogues in Damascus, so that if he found any men or women who belonged to the Way, he might bring them as prisoners to Jerusalem. As he traveled and was nearing Damascus, a light from heaven suddenly flashed around him. Falling to the ground, he heard a voice saying to him, “Saul, Saul, why are you persecuting me?” “Who are you, Lord?” Saul said. “I am Jesus, the one you are persecuting,” he replied. “But get up and go into the city, and you will be told what you must do.” The men who were traveling with him stood speechless, hearing the sound but seeing no one. Saul got up from the ground, and though his eyes were open, he could see nothing. So they took him by the hand and led him into Damascus. He was unable to see for three days and did not eat or drink.’
Acts 9:1-9 (emphasis added)

Saul became Paul later in his journey (Acts 13:9), and he began preaching and teaching everywhere he traveled. During one of his journeys, he met and then mentored Timothy, who he later wrote two letters to for continued instruction and encouragement. In his first letter to Timothy, he described one big reason God chose to save him…

‘I give thanks to Christ Jesus our Lord who has strengthened me, because he considered me faithful, appointing me to the ministry — even though I was formerly a blasphemer, a persecutor, and an arrogant man. But I received mercy because I acted out of ignorance in unbelief, and the grace of our Lord overflowed, along with the faith and love that are in Christ Jesus. This saying is trustworthy and deserving of full acceptance: “Christ Jesus came into the world to save sinners” — and I am the worst of them. But I received mercy for this reason, so that in me, the worst of them, Christ Jesus might demonstrate his extraordinary patience as an example to those who would believe in him for eternal life.’
1 Timothy 1:12-16 (emphasis added)

So, what does God offer to the “too far gone?” What hope do “the worst” have?

Jesus Died For The WORST

In the book of Romans, another letter of Paul, he tells its readers and hearers that God offers two essential things and then explains why it’s so shocking.

‘Therefore, since we have been declared righteous by faith, we have peace with God through our Lord Jesus Christ. We have also obtained access through him by faith into this grace in which we stand, and we rejoice in the hope of the glory of God. And not only that, but we also rejoice in our afflictions, because we know that affliction produces endurance, endurance produces proven character, and proven character produces hope. This hope will not disappoint us, because God’s love has been poured out in our hearts through the Holy Spirit who was given to us. For while we were still helpless, at the right time, Christ died for the ungodly. For rarely will someone die for a just person — though for a good person perhaps someone might even dare to die. But God proves his own love for us in that while we were still sinners, Christ died for us.’
Romans 5:1-8 (emphasis added)

Okay, but what makes those things so shocking?

He died for me when I was at my worst. He knew was an arrogant, selfish, angry, mean, insecure, addicted, and hate-filled young man, and yet… He died for me. He died for the worst me.

You, just like me, are not “the WORST“. God died for the worst you, not you “the worst.” He has given you peace and hope, so trust in Jesus, the BEST and only Savior you can have.