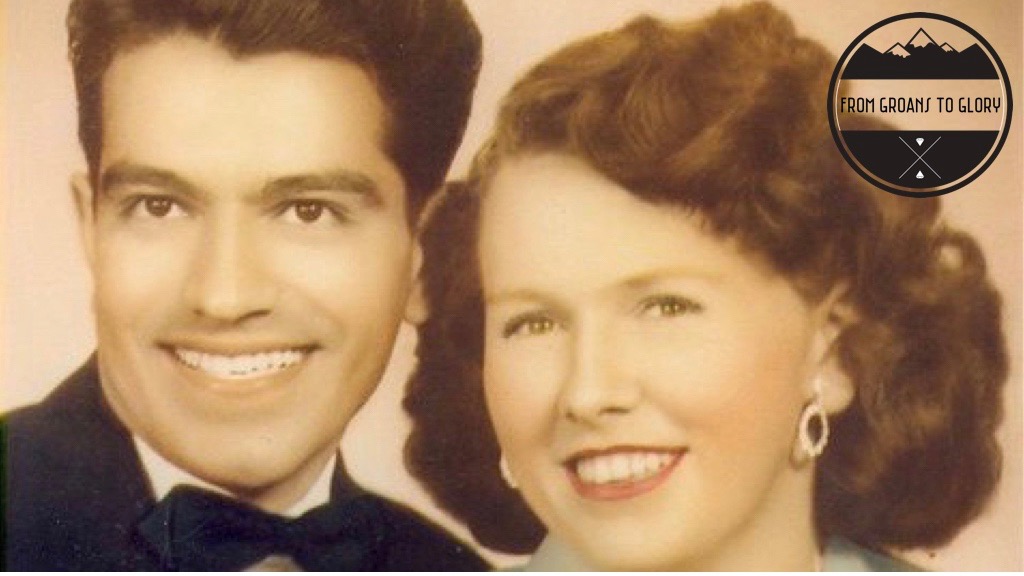 A Letter to My Grandparents

Thank you for being my grandparents, and thank you for loving me so much. My parents tell me, because I was too young to remember this, that you guys endlessly loved and adored us when my brother, sister and I were born. You loved all of your grandchildren, and that was never in doubt to anyone who knew you two.

Growing up, I didn’t get to spend time with you all that much, but I remember looking forward to seeing whenever I could. I remember your house so well and feeling so welcome there. It’s odd for me because I rarely have memories of my childhood, but our times stuck with me all these years. You both were so unique, and you continue to blow me away.

Not to say you guys were perfect human beings — none of us are. Just like the rest of humanity, you did have flaws. But, even though you guys did fall short of perfection, you two are an amazing example of bravery, perseverance, and commitment.

Grandma, you showed incredible bravery. When you were three years old, your mother passed away after giving birth to your brother Franklin, who also passed three weeks after she did. Following her death, your father’s drinking problem worsened, but he courageously kept all of the family together. On top of all your family trials, you grew up with very little in rural Tennessee.

As a 16-year-old, you jumped in a semi-truck and headed towards to Chicago. You had a friend up in the city, but you had no other connections to rely on. You got a job, made friends, and worked hard to make it all work.

Grandpa was born in Arizona in 1924, but grew up with his grandparents on their ranch in Morelia, Michoacán, Mexico. As was custom, being the first born, he was sent to be raised with his grandparents, who lived very close to his immediate family. He was only able to get a second-grade education, but he developed a hard work ethic from working on the ranch alongside his cousins and grandfather.

When he was 20 years old, he was drafted into the Korean War but didn’t go into active duty because he had his mother and sisters listed as dependents (Classification: 3A). Instead, he worked on a ranch in Texas before moving all the way to Chicago to work for a family friend. It’s astounding that he with little education, didn’t know anyone, had little money, barely spoke any English and still moved across the country to provide for his family.

You both were tremendously brave. One moved to a new city at 16 years old, and the other moved to the U.S. with the desire for adventure and hopes for a family.

You faced prejudice and discrimination but you both persevered. You didn’t let it stop you from working hard and raising your kids the best you could.

Grandpa worked for Gary Steel Mills on the South Side of Chicago, but when the mill closed he had a hard time finding work. There was prejudice throughout the country, just like there’s always been, so grandpa had a hard time finding work with a thick accent, brown skin and difficulty speaking English. But, through his hard work ethic and God’s providence, he heard of a job opening that would lead to decades of work opportunities.

Also, when you guys wanted to join the local Moose Lodge (also known as “Loyal Order of Moose”) you were denied membership. The only reason that was given was that grandpa was not White, which was their rule until the 1970s. Despite the rejection, you both remained active in the community and worked extremely hard.

There were definitely more obstacles than just these stories, but what admire is your unwavering perseverance.

You met on the night of March 26, 1953, at a dance hall. You both had plans that night, but your friends brought you out after things changed. Thank God you decided to go out because your lives were about to change forever. I’m not entirely sure how you were introduced, but after you two met, grandpa boldly stated:

“All my life I’ve looked for you.”

Long story, short: you were married two days later. I was shocked when I first heard that. I got married after two years, and people said were moving fast!  I know it was quite different back in those days, but to this day I can point to you guys as a symbol of steadfast commitment.

Now, was life all rainbows and sunshine after that? No. There were hard times and good times, especially raising six rowdy children. Marriage is always challenging, and you guys had your fair share of good and trying times.

At the end of his life, grandpa was sick and needed help. Grandma, you were there. And, right before grandpa had a stroke and never fully regained consciousness, grandpa summed up his 52-year marriage to you by saying,

“Honey, I just can’t believe you’ve been mine all these years.”

You loved him. He loved you. And, you both never gave up. You were committed, and you should know that you are an example to your whole family what true commitment looks like.

1 comments on “A Letter to My Grandparents”